Orthomolecular physicians report a 75-85% success rate in treating schizophrenia, with both the extent and the likelihood of improvement in stark contrast to long-range outcome with mainstream methods. Their nutrient-based treatments include vitamin approaches for histapenia, histadelia, pyroluria, allergies, sugar issues, metal metabolism dysfunction, toxicity, neurotransmitter imbalances, and confounding medical illness.

In 1952 a young farm boy, a diagnosed schizophrenic, had been steadily deteriorating, despite all conventional medical efforts. He became catatonic and unable to speak or use the bathroom. Eventually, he lapsed into a coma. His doctors believed he was dying due to his schizophrenia, and placed him on a terminal care list.

In the same hospital, Doctors Abram Hoffer and Humphrey Osmond were developing a new type of treatment for schizophrenia. The dying boy became one of its first recipients. On day one, he was given 10 grams of niacin (vitamin B3) and 5 grams of vitamin C, in divided doses. By the second day he was no longer in a coma, and after two weeks on the nutrients, he was pronounced normal. After twelve years he remained well and was an active member of his community.

Over the years, orthomolecular physicians observed patients to generally fall (with some overlap) into specific biotypes. Nutritive adjustments bringing a biotype into balance were found to correspondingly improve symptoms of schizophrenia, eventually leading to great improvement or recovery for most individuals.

Histapenia - The farm boy described above probably belonged to this biotype. Histapenia is characterized by depressed blood levels of histamine, brain overmethylation with low folate, and, usually, excess copper. Histapenia, combined with metal metabolism dysfunction, is the most prevalent biotype in schizophrenia, affecting an estimated 40-50% of patients. It may be present in 90 to 95% of paranoid schizophrenics.

Treatment now typically includes not only B3 and C, but also folate, B6, B12, zinc, manganese, vitamin E, selenium, other antioxidants, omega 3 and various other nutrients, as per individual need. Also, restriction of copper.

Histadelia - In the early years of this century, at the height of his career, Nijinski, the much-acclaimed Russian dancer, was diagnosed incurably insane. Nijinsky may have been histadelic. One of the first indications of illness occurred when Nijinsky, who had been a devoted and kindly father and husband, pushed his wife and infant child downstairs. Later, when asked about this, he seemed confused. He often refused food, particularly meat, for long stretches of time. He became increasingly obsessed with visions of dead soldiers. He never recovered and never danced again, although his wife found that he always remembered every move of every dance he ever performed.

Histadelia is characterized by elevated blood histamine, and brain undermethylation with excessive folate accumulation. An estimated 15-20% of schizophrenics are histadelic. Histadelics tend to work compulsively, and often excel in the sciences or sports, but are prone to a relatively constant and severe depression, as well as obsessions, compulsions, and addictions.

Typical treatment may include magnesium, calcium, B6, C, methyl-B12, glutathione, omega 3, methionine and/or SAMe, and various other nutrients, according to individual requirements. Folate is almost always elevated and must be restricted.

Pyroluria - The poet, Emily Dickinson, though not schizophrenic, displayed many pyroluric characteristics. Although reasonably happy as a child, as a teenager, she became increasingly isolated. Eventually, new people and situations became so stressful that she chose to have personal contact only with her family, communicating with close friends only by letter. Throughout her life, she was plagued by intermittent depression, cluster headaches, fatigue, and severe eye pain.

Pyroluria is a stress and oxidative stress disorder, characterized by elevation in certain urinary pyrroles. It is the primary imbalance for approximately 20% of schizophrenics. Pyrolurics can also have histamine imbalances.

Pyrolurics commonly respond within several weeks to months to B6, zinc, manganese, GLA, boron, biotin, magnesium, GABA, antioxidants, and other nutrients. Limiting exposure to stressors and toxins is important. The nutrient dosage is significantly increased when anticipating or undergoing stress.

Cerebral allergy - In 1949 Mary Hollister was referred to Dr. Theron Randolph for incapacitating headaches, extreme hyperactivity and severe depression. In his office she ate some beets she had brought with her, and two hours later was hospitalized for psychosis. Later, she became depressed and disoriented, and then, all symptoms ended. When Randolph tested her with beets, she again became temporarily psychotic. This case marked the beginning of investigations into the connection between allergy and schizophrenia.

Miscellaneous nutritional imbalances - in perhaps 10% of cases, assorted nutritional deficiencies or excesses, not encompassed above, are the major consideration. Malabsorption is often a factor.

Blood sugar imbalances - Hypoglycemia or diabetes is frequently present and contributes to symptoms.

Neurotransmitter imbalances - Neurotransmitters chemically convey messages between nerve cells. Neurotransmitters believed to play a role in various schizophrenias include: histamine, dopamine, serotonin, norepinephrine, acetylcholine, and glutamate. Often the problem is not the absolute level of a particular neurotransmitter, but its activity in relation to neurochemicals that counterbalance it. What happens with neurotransmitter reuptake in the synapse may be the critical factor (and can be modified by various nutrients).

Medical illness - Especially prominent among conditions which can produce symptoms mistaken for schizophrenia are epilepsy, Candida, thyroid and other glandular malfunctions, and an assortment of nervous, blood, immune and digestive system disorders.

Orthomolecular physicians urge immediate nutritional intervention before biological damage becomes more difficult to reverse. They find that while some acute patients recover within days, for most improvement is slower. It can take months or, in some cases, years for the first signs of recovery to become apparent, but then progress becomes generally steady. Optimal recovery typically emerges in approximately one third the timespan of the individual's illness. Many patients eventually feel better, both mentally and physically, than before they became ill.

Warning: This is a very brief overview. Actual therapy must be tailored to individual biochemical requirements, including contraindications. So if you need treatment for schizophrenia, or any other medical condition, consult a knowledgeable physician. In some cases, this will be an orthomolecular or other nutritionally-oriented physician.

For further information, including indications and contraindications for each nutrient, and extensive studies, see Natural Healing for Schizophrenia, available here.

Nutritional approaches include such nutrients as zinc, B6 vitamins, omega 3...

Studies find that vitamin C levels are almost as low as in patients with scurvy... 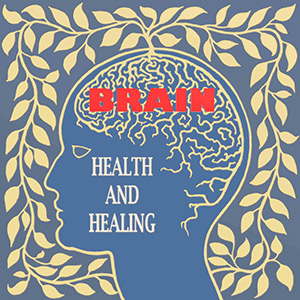